Ancient City Con
St. Augustine, Florida
Ancient City Con, Northeast Florida’s oldest convention, returns under new ownership with brand new additions in entertainment along with all the classic gaming, cosplay, and vendors the show has been well known for.
AncientCityCon.com 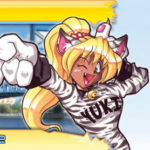 Jacksonville Comic and Toy Show
Annual comic book and toy marketplace. Quality vendors with comics from the Golden Age to the present, along with toys and collectibles for sale.
Facebook.com/JaxComicToyShow 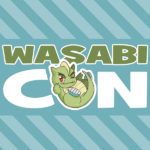 May the 4th Be With You: Star Wars Day
Annually on May 4th
A day of Star Wars themed Events and parties.
StarWars.com/may-the-4th

Towel Day
Annually on May 25th
Carry a towel to celebrate Douglas Adams’ The Hitchhiker’s Guide to the Galaxy,