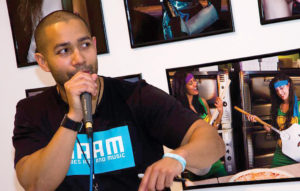 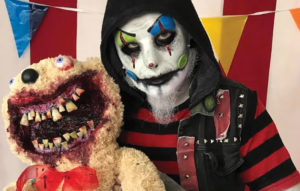 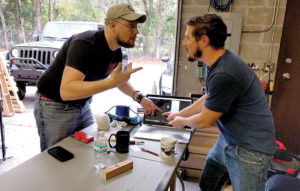 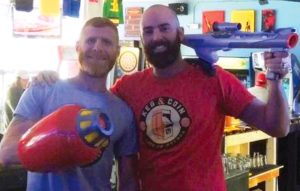 Matt Schulman & Brooks Whallen
Keg & Coin
King Street
Jacksonville, Florida
(904) 853-0950
Matt Schulman has always loved the arcade. Some of his oldest memories are from places like the Dream Machine, Tilt, and Mountasia. So now he is putting his service industry/promotions background to good use along with his partners (and high-school friends) Brooks Whallen, Roni Penna, and Warren Fryefield to bring Keg & Coin Arcade Bar to Riverside in the former beer30 location on King Street. Conceived a few years back after they visited some other arcade bars around country the self financed project has already quickly become a neighboorhood hot spot.
KegandCoin.com 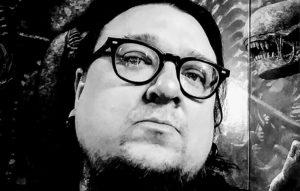 Max Michaels
Jax Nerds & PIXELATED
Jacksonville’s native NERD, Max Michaels has published MOVEMENT Magazine and procuced numerous Goth and alterative concerts and nightlife events locally for over 20 years. Max brought the first Cosplay and Nerdcore parties to Jax over a decade ago and has created a series of nerdy events including the Star Wars fan event Force Fest, the comic book show Hall of Heroes, and the cosplay focused CosCon Jax to name a few. Currently he is new co-owner and producer of the long running Ancient City Con and a co-producer of Jekyll Comic Con in Jekyll Island, GA.
Facebook.com/SurrealLife 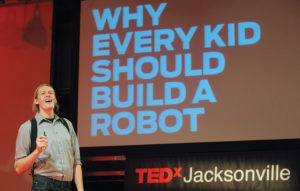 Mark Douglas McCombs
Renaissance Jax Inc.
Mark grew up on a prolific robotics team and after college had the opportunity to work anywhere with his experience and engineering degree, but rather than leave Jax, he wanted to see what North Florida would become if every student had access to a radical robotics program – betting that Jacksonville could become a hub of innovacion with a seriously skilled young workforce in just a few short years. To do so he formed Renaissance Jax which supports K-12 FIRST Robotics teams in over 20 counties overseeing Robotics tournaments for over 3,000 students as of this year making Northeast Florida the fastest growing region for workforce development with FIRST Robotics in the last five years. High school students have access to over $70 Million dollars in scholarships. Find out more at …
RenaissanceJax.org
Facebook.com/RenaissanceJaxinc 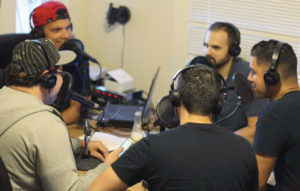 Badr Milligan
The Short Box Podcast
The Short Box is Jacksonville FL’s premier comic book and pop culture podcast, created by Badr Milligan, Walter Gant, and Andrew Torres. The show is currently hosted by Badr, alongside co-hosts: comedian Cesar Cordero, writer Adam Wollet, and artist Edmund Dansart. The Short Box’s mission is to bring comic-book and pop-culture entertainment as well as opinionated discussions to the novices and know-it-all gurus alike. The Short Boxers meet up on a weekly basis to review both new and classic comic releases, movies, art, and everything in between. Aside from offering humorous discussions and entertaining conversation, the show provides an outlet for writers, artists, and creators to discuss events and upcoming projects. So, if you’re trying to make sense of the latest geek news or just asking, “What’s worth checking out or getting into this week?” look no further, and take a listen.
shortboxjax.com 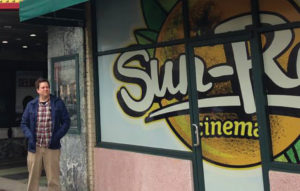 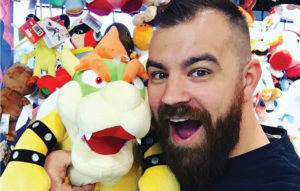 Dustin Gartenbush
Video Game Rescue
2415 Blanding Blvd
Jacksonville, Florida
(904) 361-3626
Video Game Rescue, a brick-and-mortar game store, was started by husband and wife team, Dustin and Deanna Gartenbush. With just a dream and a very supportive community, Dustin quit his full-time job in late 2012 and decided to make the ultimate gamer venue a reality. In November 2014 the community came together and crowdfunded the first arcade in Jacksonville since TILT shut down at the Landing and in Regency Square Mall. In the #VGRcade, you can play your favorite console games and throw back a few quarters in the classic arcade. From old school to new-gen, VGR caters to every brand of gamer along with accessories, toys, memorabilia & MORE!
VideoGameRescue.com 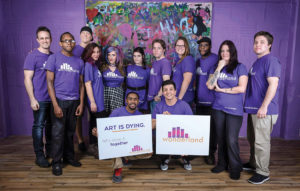 Luke Hazel
Wonderland Jax
700 E. Union St. Unit 2-I
Jacksonville, Florida
(904) 853-0950
Wonderland made its debut at One Spark 2015 and placed in the top 10 out of 500+ creators. Since then founder Luke Hazel and his team bring artists of all disciplines together to network, collaborate and inspire each other. Be it music, visual art, comedy, photography videography, dance, acting, writing, fabrication, culinary or any other artistic pursuit, Wonderland provides a wealth of resources, workshops, sponsorship opportunities and more, all in a full-scale, professional, safe and friendly facility with all the necessary tools to complete any project, large or small. Look them up and find out more about their monthly artistic discovery sessions,mseasonal art programs for kids, and “Artist Spotlight” video series.
info@wonderlandjax.com
wonderlandjax.com